Star Trek: Picard is without question the best thing I've watched so far in 2020. For those of you under lockdown because of the Corona Virus, this series is very well made; a reunion with many of Star Trek: The Next Generation's best known characters.

It falls to Jean-Luc Picard (Sir Patrick Stewart) to carry the story. When Season One begins we meet a retired Admiral Picard spending his days on his family Vineyard in France without much enthusiasm. He is haunted by dreams of the deceased Commander Data (Brent Spiner) who died saving Picard's life. The first episode of Star Trek: Picard begins with a dream sequence where he finds Data painting a woman's likeness on the grounds of the Vineyard.

It is revealed in due course that the woman in the unfinished painting is Commander Data's Android daughter, built to incorporate some of Data's personality traits. Without giving too much away, the plot arc of Season One is all about Picard's quest to save Soji (Isa Briones) and her people - all Androids like Commander Data.

What makes this series fresh, and a departure from normal Star Trek fare, is that instead of being completely optimistic about the future, it presents us with something closer to reality - more nuanced and gritty. There is swearing, drinking, and some very dark sub-plots that are explored here.

However, what I particularly like is how the series reunites Jean-Luc with some of his old crew from the USS Enterprise D. The episode where Picard takes Soji to hide with his old second in command, Will Riker (Jonathan Frakes) is quite moving. In one of my favourite scenes Deanna Troi (Marina Sirtis) scolds Picard for his behaviour, and asks him to rely on the qualities that made him such a respected Starfleet Captain.

For Picard has aged. As we all do. His behaviour is affected by a Brain abnormality that he is told will be fatal. Asked by his Doctor if he really wants to return to the cold darkness of space with this knowledge, Picard replies without missing a beat, "more than ever." The only way he will finish this mission is to rely on old friends for help.

As the Season's 10 episodes play out, the viewer is treated to a timely story that touches on humanity's anxieties about the rise of Artificial Intelligence. It reminded me of the Blade Runner movies, though more hopeful and less dystopian.

From the opening sequence on, the viewer is given the implied expectation that Picard will meet again with Commander Data - even though Data is no longer physically alive. The bond between Data and Picard is at the heart of this story. Throughout TNG, Commander Data was always working to become more Human. It was a theme the series returned to, time and again.

We are rewarded for our patience in the Season Finale. Picard and Data meet again. It made me happy to see these two Characters reunited. Their meeting brings the story full circle. 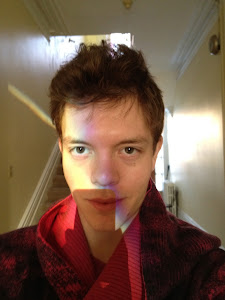